El Brujo and the Lady of Cao 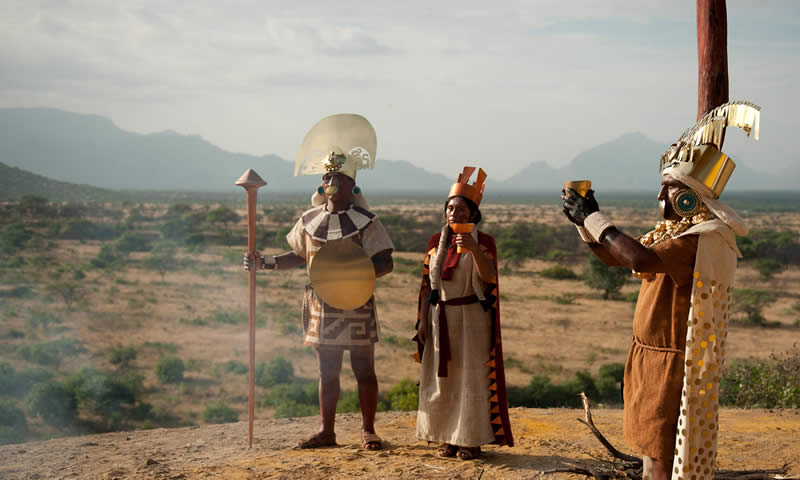 The archaeological complex of el brujo is located in the Chicama valley, about 60km northern of Trujillo. El Brujo has been under investigation since the 1990’s. El Brujo was probably one of the most important religious sites of the Moche culture. A pyramidal structure, which was found there has beautiful preserved high relief murals still with the original paint. This makes it one of the most important archaeological sites too.

The complex is formed by two pyramids, the Cao Viejo and Huaca Cortada,and also the closeby Moche pyramid El Paredón and another a pre-ceramic site, which is over 5000 years old. This shows a continuous human presence since the times of early civilisation.

In the huge pyramid of Cao Viejo, you see a similar design the the Huaca de la Luna in the Moche home valley. A very similar temple, plaza and ramp design. One of the most important discoveries, which was done at el brujo was the Lady of Cao.

The Lady of Cao was discovered in 2006 by a team of Peruvian archaeologists led by Regulo Franco Jordan of the National Cultural Institute of Peru with the financial cooperation of the Augusto N. Wiese Foundation. The mummy, which was heavily tattooed and wrapped in 26 layers of cloth, was found with a number of ceremonial items, including weapons and jewelry. Also found were the remains of a second young woman, possibly a human sacrifice. A modern autopsy indicated that the Lady of Cao was in her mid twenties when she died and may have of died of complications due to pregnancy or childbirth. The estimated date of death for the Lady of Cao is about 450 CE.

The richness of the burial site, as well as the presence of weapons, suggest that the woman might have been a high ranking priestess or even a Moche ruler, possibly governing what is now known as the Chicama District region of northern Peru.This is a very important finding in the history, since it was always believed that only men held high rank in the Moche culture. The discovery of the Lady of Cao burial counts with the the discovery of the Lord of Sipan to the most important archaelogical discoveries in the Moche culture.

On 3 July 2017, culture officials and archaeologists unveiled a replica of her face. According to Peru’s Ministry of Culture, the replica was made using 3D imaging technology and forensics archaeology based on her skull structure and ethnographic research which took 10 months to create.

The Lord of Sipan