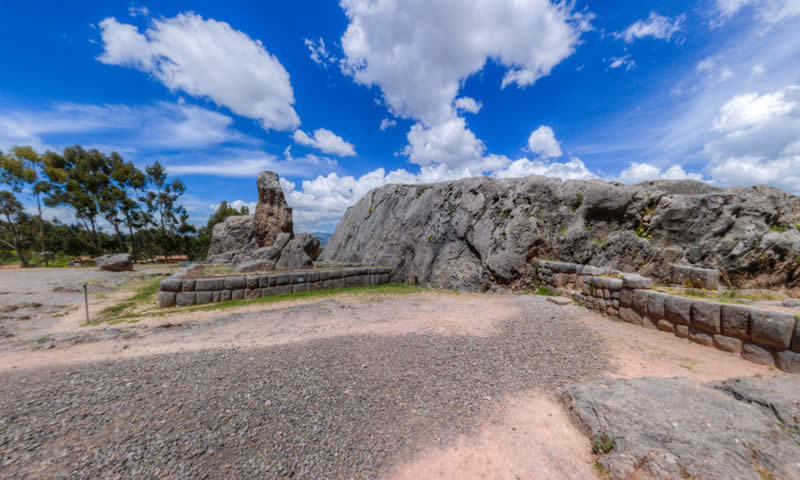 Qenko, Kenko, Q’enqo or Quenco (all from Quechua for «zig-zag») is an archaeological site in the Sacred Valley of Peru located in the Cusco Region, Cusco Province, Cusco District. It is about 4 km (15 minutes) north east of Cusco on a paved road, the site was declared a Cultural Heritage (Patrimonio Cultural) of the Cusco Region by the National Institute of Culture. It is one of the largest huacas (holy places) in the Cusco Region. Many huacas were based on naturally occurring rock formations. Nowadays scientists believe that it was a place, where sacrifices and ummification took place.

To get to Q’enqo is easy since it is so close to Cusco. Usually if you join a city tour the stop after Saqsayhuaman is Q’enqo. It will take only about 5 minutes by bus to get from Saqsayhuaman to Q’enqo. This site which is at 3,600 meters above sea level has some of the best examples of undisturbed Incan carving in the world. The site persists out of four different parts, but the most popular one is Q’engo Grande, which was used as an astronomical observatory and holy site.

Q’engo Grande is a large limestone outcrop with two small knobs that show a shadow pattern at the summer solstice in June. Also you will find carvings in the limestones of caves, altars and hollows that have been used to move water. Q’engo Grande was used as a stopping point on a pilgrimage of religious importance during the Inca period, and mummification took place onsite as well. Your tourguide will invite you to touch the rock on the ground compared to the rock on the ceiling and you will feel different temperatures. Aswell as he will show you a hole in the cave which was used back in the days to get underground through a labyrinth to the ruins Saqsayhuaman.

Qorikancha – The Temple of the Sun