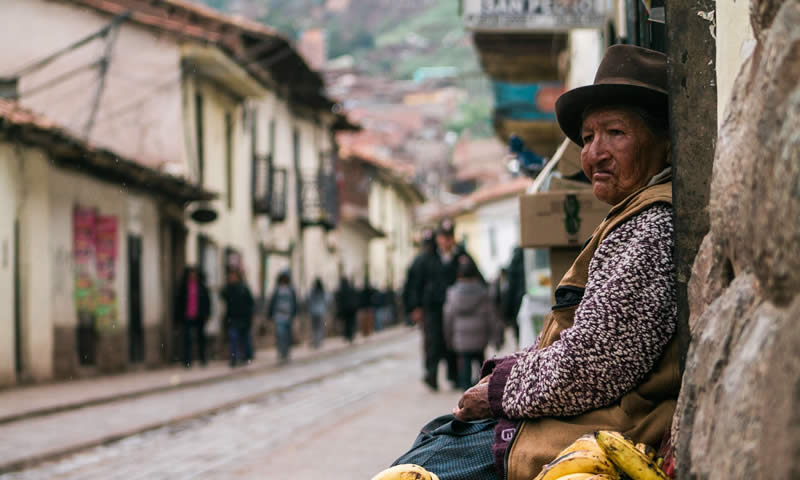 Cusco is one of the most incredible cities in South America, but it is not only its incredible cultural past, its unique constructions or its immortal culture; but people who know Cusco literally end up in love with the city, its mysteries, its customs and details. The Historical Center of the city of Cusco is loaded with stories and rare details; among them, 7 streets whose names will blow your imagination; some keep secrets, others were called so by the uses they had at a certain point in their history.

Number 7 in the streets of Cusco

The number 7 is sacred to many of the larger ancient cultures that existed and in many cases a number that has caused a kind of veneration; the Pythagoreans believe in 7 celestial bodies that emit a controlled vibration that governs and governs the world. These originated 7 days a week. This number is also related to the rainbow, one of the most important natural events for the Inca civilization worldview, and that “casually” are the colors of the flag of the City of Cusco, the ancient capital of the Incas.

But there are many numbers 7 since the beginning of history; are 7 capital sins, 7 church sacraments, 7 musical notes, 7 the wonders of the ancient world, 7 the wonders of the modern world; one of them is Machu Picchu and is located in Cusco, a city that has 7 streets whose names begin with the number 7.

Seven Streets in Cusco with names beginning with number 7

In the city of Cusco there are seven streets with names that start with the number 7; some believe that the number has a cabalistic character that came with the colony; however, other studies show that the use of this number began before the time of the Incas. The ancient Peruvians and many other cultures of the world were convinced that the stars had a decisive influence on the life and conduct of human beings. The book “Touristic Routes of Cusco” by Armando Valenzuela Lovón, indicates that: “7 is a metaphysical and inexplicable number in the Andean culture, as in many other important cultures of the world.“

The seven streets starting with a seven and their meaning:

It is a quiet passage located between Almudena and the parish of Santiago. It is said that in this street lived Don Mascareñas, a Spaniard with six children, who helped him in the task of melting pieces of bronze that were placed in the doors of the churches and where they are conserved until the present time. The weather has caused this street to deteriorate; although it still retains the essence of its history.

This street is the continuation of Ruinas Street; it is known that before the destruction of the San Agustín Temple; behind it was a residence that had 4 large windows and 3 small ones; although the buildings of the present day do not match the number of windows of the name of the street.

Its name is given by 7 stone beams that form scantlings aligned on the old bed of the Saphy river; at present it passes below the Av. El Sol in Cusco. At the present time of the 7 spars that existed in this place, one can only appreciate the one that remains on Saphy Street; the others were lost with the advance of the new city.

It is the street where people of old fell in love; they say that the lovers were tempted by the devil and that many women returned from this street with their “Sunday 7” (pregnant); these stories gave rise to the name. At present, the immense amount of people who visit the Historic Center of Cusco, has made the street lose the charm for couples who want a romantic moment.

As most things have to go in balance; we have the street called Siete Angelitos, is to the right of the street Carmen Alto. On the roof of an old house you can see the figures of 7 little angels who were painted by the order Blas de Bobadilla, who was the former owner of this house; but there are also other figures worthy of being seen, nevertheless these 7 angels would steal your attention.

It is one of the most beautiful streets of Cusco and its name, since the time of the Incas, refers to these small animals; is located in the Plazoleta Nazarenas. The Inca stone walls carry 7 pairs of snakes carved in high relief. At present you can find the snakes, which cause you to look at them closely and a lot of patience.

The name refers to people passing by this steep street with cattle and beasts of burden. Nowadays, the growth and modernity of the city have made it called Calle Palacios, since it was remodeled to improve the transit through the place. Even now from time to time, you can see some people in typical costumes walking with some flames and little lambs, in search of their attention.